How One Neighborhood Coffee Company Made the Move to Mobile-Only

When leaders at Philz Coffee needed ideas on how to transition dozens of local stores into safe, contact-free sales operations, they didn’t have to go far.

Their best inspiration came from their neighbors.

“Honestly, there’s a lot of great innovation coming from mom and pop shops near me,” said Carolyn Frey, who runs marketing and human resources for the coffee chain.

As she walked around the San Francisco community where she lives after last month’s statewide shelter-in-place order, Frey was impressed with what she saw.

The family-run Noe Valley Bakery is doing a good job keeping customers a safe social distance apart as they queue, she noted. The Beretta restaurant a few blocks away is going so far as to have single-use pens for signatures — and to sanitize credit cards after each transaction. Arizmendi, a nearby bakery and pizzeria, has also created a pickup experience that is safe and easy to navigate.

“Nothing is better than your own eyes,” Frey said of her own neighborhood research. “We’re all customers. It’s incredible to see how businesses are adapting.”

For Philz Coffee, a San Francisco-born brand founded by Phil Jaber in 2002, adapting to the current crisis was not without its challenges. Over 18 years, the company has expanded from their original store in the city’s Mission District to nearly 60 locations in four states and the District of Columbia. With more than 1,200 team members and a mission to build community with their thousands of daily customers, they had many factors to weigh.

When the shelter-in-place order came in mid-March, Co-Founder and CEO Jacob Jaber, Phil’s son, made the difficult decision to temporarily close stores for the safety of their team and customers.

“At Philz, we put people first, and we knew we needed to step back to evaluate a safe way to work,” the younger Jaber said. “We worked hard as a team to come up with a delightful experience that is safe for everyone.”

They decided the safest way forward was to shift to an all-mobile operation. This is the direction many companies are going during the crisis —  and it’s what customers seem to want, as well. On Nextdoor, conversations about contactless grew 20 fold last month. Meantime, some U.S. government agencies like the IRS are exploring mobile payment options, as well.

Although they never expected a crisis of this magnitude, Philz Coffee, in many ways, had been laying the groundwork for this kind of contact-free innovation for years.

Nearly two years ago Philz launched their own mobile app, which allows customers to order in advance, pay via mobile transaction, and pick up coffee in stores without waiting in line. The app incorporates the personalized experience of Philz, even connecting you to the specific barista who is crafting your cup. 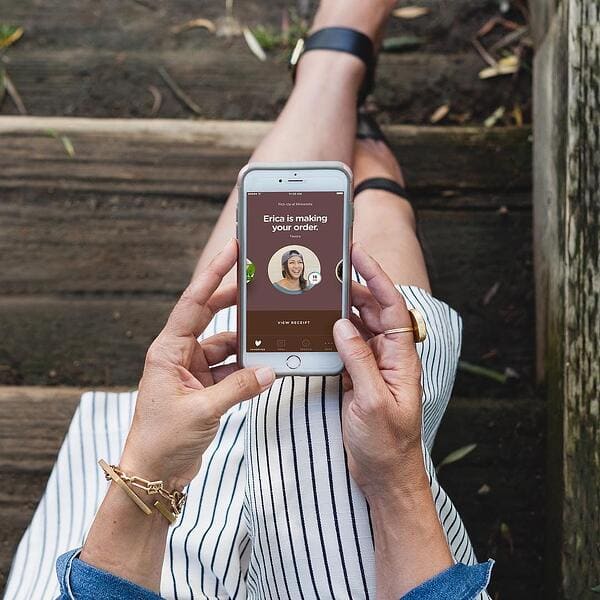 Then, just a few weeks before the pandemic hit, the company opened its first mobile-only store at the bustling Transbay Transit Center in downtown San Francisco — a model they expected would help them grow in more high-volume locations where real estate is at a premium.

“We learned all about how to run a mobile-only operation,” Frey said of that mobile-first charter store. “That ended up informing how we launched companywide during this crisis.”

And so, after two weeks of a total shutdown, Philz Coffee stores started reopening. The company had a three-step approach.

They trained store leaders on new safety policies which include mask and glove protection, sanitized tables, proper handling of items, additional handwashing measures, and a socially-distanced setup of the stores and sidewalks outside.

“We are not allowing team members to work if they are sick, we’ve created a care allowance for our team, and we do daily symptom checks,” Frey said.

The Philz team assessed sales and prioritized reopening at the locations in residential neighborhoods, near grocery stores, and other essential businesses that would remain open. They also needed to add food and bags of coffee beans to their app menu, where they had not existed before.

They reopened eight stores in multiple markets to start. They tested their results and worked out kinks in their new process. They read and listened to every piece of customer feedback.

Finally, in phase three, nearly all stores were back in operation. All store leaders are back at work, and a portion of their teams are working shifts. 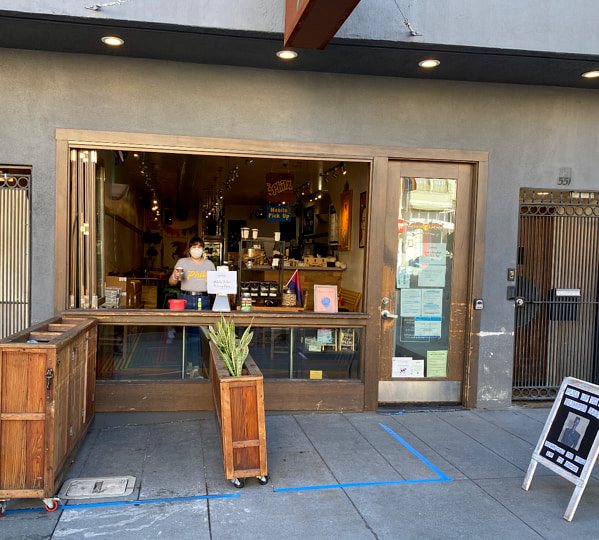 The Philz leadership team stays in close contact with their retail team members, some of whom were furloughed initially after the shelter-in-place order. The company continues to pay health insurance for anyone not on the schedule.

As stores reopen and new offers are available, Philz is also keeping in close contact with their cult-like following of loyal customers via email lists and social media platforms like Nextdoor. They update an online information hub and share the hashtags #HowToPhilzSafely and #MoveToMobile.

The overwhelming sentiment is gratitude, Philz leaders say — gratitude from store team members who are able to sustain themselves. And gratitude from customers, who so need a little bit of normalcy.

“Customer feedback has been amazing,” Frey said. “Most people have been very generous. It feels like people are supporting each other as we all adapt to this new normal.”

If you are a local business, claim your free Business Page to get started on Nextdoor. Resources on how to use Nextdoor to stay connected with your local customers during coronavirus, pertinent news affecting businesses, and more, are available in our Small Business Guide for Coronavirus Relief.

Claim your free Business Page to get started on Nextdoor. For resources on how to use Nextdoor to stay connected with your local customers, pertinent news affecting business, and more, follow us at @nextdoorbusiness on Facebook
About Author

Nextdoor Editorial Team
At Nextdoor, we love local. The Nextdoor Editorial Team is dedicated to telling stories of local businesses, providing product education, and sharing marketing best practices to help businesses grow.
Related Local Business Articles
A pricing guide for house cleaners
How to set your prices as a handyman
How to create a business plan for a hair salon
Claim your free Nextdoor Business Page

Claim your Business Page to get discovered by customers and manage your recommendations.

Local Business
Not Sure What to Share Using Business Posts? Find Inspiration From Fellow Small Businesses

Local Business
Announcing Business Posts: Get the Word Out Locally About Your Business